Blog
You are here: Home / Blog / News / How can you avoid the viral vortex of social media?

Have you Googled, Binged, or used another search engine to find out about yourself? It can be an amazing experience! Most people forget that virtually everything you post online is there permanently. You may think you are deleting things, but your digital life does not go away. You might find your search uncovers posts you thought were trashed or private.

Today, anyone’s posts can become viral in a nanosecond, especially on twitter or snapchat. Yes, twitter goes by so fast, and snapchat disappears quickly, but tweets get retweeted increasing their lifespan, and there are now apps that capture snapchats and store them forever.

Most of us have posted a message on email or social media that we regretted after hitting send. They may have been insensitive, derisive, angry, or if taken out of context, offensive. It is hard to tell tone and demeanor in the digital world, so even what you consider a harmless post can be misinterpreted. I certainly have experienced this, both as the sender and the receiver.

You can take preventive measures to ward off these consequences (see my blog on email communication, for example), but doing so takes focus, presence, and persistence. Is it worth the effort? 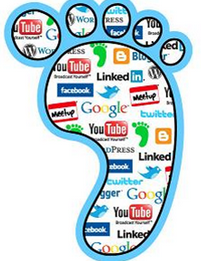 It is, as the “sorry about a post” can lead to dramatic consequences, even if you think no one will read or see it. There has been a lot in the news about the mob mentality that can form quickly, especially in the Twittersphere. Mob actions often cause irreparable harm to actual people. The casual nature of tweeting, texting, or emailing has created a false sense of security that nothing will come of them. Most of the time that is true, however, once a post is caught up in the viral vortex the cybermob can form quickly. Research shows that people don’t want to be mean, but get caught up in the drama and excitement of the viral mob. In the Disruptions section of the New York Times, Nick Bolton covered this topic in When the Cyberbully is You on April 29, 2015. Cybermobs form because:

“You show your proof of membership in a community by criticizing the most erratically,” said Anil Dash, a tech entrepreneur and blogger who has been on the receiving end of racially charged Twitter mobs. “There’s a social dynamic that says ‘Let me show that I belong.’ And there is a reward structure for being even more inflammatory.”

The most recent case in point was the Justine Sacco case, where she carelessly tweeted an ironic tweet only to have it misinterpreted as racist. She did this before she boarded an international flight, and by the time she got off the plane she was the subject of an international cybermob and lost her job. She only had 170 twitter followers, but a journalist saw the tweet and retweeted it with a nasty comment about her racism. It not only went viral, it became a global entertainment factor as described in this article from the New York Times magazine from February 12, 2015 How One Stupid Tweet Blew Up Justine Sacco’s Life:

The furor over Sacco’s tweet had become not just an ideological crusade against her perceived bigotry but also a form of idle entertainment. Her complete ignorance of her predicament for those 11 hours lent the episode both dramatic irony and a pleasing narrative arc. As Sacco’s flight traversed the length of Africa, a hashtag began to trend worldwide: #HasJustineLandedYet.

It is the idle entertainment and lack of empathy for the victim that allows these vicious attacks. I certainly followed the furor over Justine Sacco’s tweet, not bothering to investigate what she really said or intended. Individuals called trolls create anonymous identities just to post hateful and hurtful messages on blogs, emails, discussion groups, news pages. This episode from “This American Life” on NPR entitled If You Don’t Have Anything Nice to Say, SAY IT IN ALL CAPS  describes how one journalist lives with trolls threatening her, publishing her personal information, and one sending her an email using her recently deceased father’s name as the sender.

The conversation about the phenomena has come to the fore lately because more and more people are victims of cybermobs and trolls, and our digital society has forgotten that individual people are the victims of these acts. Nick Bilton says:

The first is by seeing, hearing or even smelling how your action has hurt someone else — something that is not available to those behind a screen and keyboard. The second is to experience something painful yourself.

The latter may explain why this issue is coming to the fore, as more and more people have felt what it’s like to be on the receiving end of a caustic mob.

Nick Bilton confesses that he has been guilty of joining cybermobs, but stopped completely after he was the victim and not the perpetrator. This TED Talk by Monica Lewinsky, the first case attacked by a cybermob, and the first story to be broken by the internet, not TV, describes how the cybermob impacted her life and how shaming is a lucrative entertainment business.

People are starting to respond to all this. Monica Lewinsky suggests we all take a stand against these personal attacks, name them as such, and not tolerate it in our lives to create a growing mob against this behavior. Contrary to conventional wisdom, Lindy West, the journalist who received the email from a troll using her dead father’s name, reproduced the email on her blog and talked about how she felt when she received it. Most advice is to ignore trolls and they will go away. The troll contacted her, apologized, and made a contribution to a charity in her father’s name. He agreed to be interviewed on the This American Life segment, and he never trolled again.

In another New York Times article, Women Turn Tables on Online Harassers, an online dater was being harassed on her profile. Although the dating platform banned the harasser, he would change his email, create a new identity, and keep posting. Like Lindy West, she published the offending posts on her profile shaming the harasser into stopping. She has left it up, and does not get harassing posts from anyone. So whenever possible, publicly posting offending messages and talking about how they hurt or offend is a reminder that a real person is on the receiving end.

Sam Biddle, the journalist who created the furor around Justine Sacco’s tweet, wrote a public apology to her after he, too, was a victim of cybermob actions.

How do we protect ourselves from this, and how do we pay attention to how we behave online?

These dire cases of the casual, offhanded tweet, email, snapchat, Facebook post, Instagram message serve as a warning to us all. I am not posting them to scare you, but to encourage all of us to reclaim civil social behavior online and offline, and to pay attention to our posts and responses. To build new digital habits. Here are some suggestions on how to do that:

What strategies do you use to monitor your posts and responses? What works for you to keep you from joining a cybermob? What additions to the list do you have?

5 Steps: Transform your organization into a learning one

The Tale of Accidental Techies

Our connected world in these modern times of terror, human connections, and social media

Learning in new ways: this means me!

5 Steps: Tear down those cubicle walls and unleash the genius within!

Meetings to Learn and Achieve Results
Scroll to top